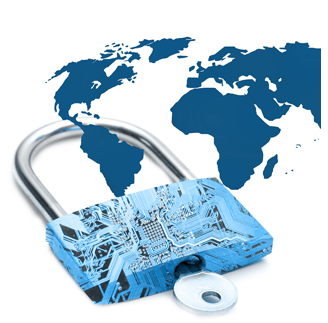 A large majority of Americans support the goals of the Paris Accord. A fewer number, like me, take this support a step further by stating that the Paris Accord represents the most significant action that humankind has taken to preserve life on planet earth. We notice that the level of support for voluntary international efforts to cut carbon emissions seems skewed toward those with higher levels of education and financial resources. In contrast, it has been widely reported this week that the president of the United States has responded to a core group of low-information voters in his decision to withdraw our federal government’s support from the Paris Accord. Thankfully many of our state and local governments, along with most major United States corporations, will resist the president on this blunder and will continue to work toward achieving the goals of the Paris Accord through programs designed to reduce worldwide carbon emissions. Today the state of Hawaii officially became the first to officially announce its support the international agreement.

That leaves the question of “what can I do, as an individual, to support this most important issue of our generation?” Besides the steps we may take to reduce our own carbon footprint, what can I do to extend and amplify the impact of my environmental convictions?

This list includes five things that are working for me and perhaps they con work for you too.

1. Take control and redirect federal tax payments – The minority resistance to the Paris Accord is, first and foremost, a financial issue. Money talks. It is our personal responsibility as individuals to support or reject the financial priorities of the United States. The federal government has announced plans to reduce payments to support the arts, parks, environment and social services while increasing its spending on war machines. The federal government’s revenue sources are expected to shift from high income individuals and corporations to middle income people. That means that you and I are footing more of the bill for these twisted priorities. If you don’t support the federal government’s priorities, the president loudly affirms your right to reduce or even cease your tax payments to the federal government. He points out that while this is not easy to accomplish, the tools and “know how” are available to anyone who develops an understanding of tax law and uses strong tax advisers. By reducing your federal tax burden, you free up cash flow that can be redirected into your own priorities including having an impact on reducing worldwide carbon emissions. I admit to having a personal advantage in this field. Having been trained in tax law and gaining experience of 30 years helping clients reduce their tax burden, I find it relatively easy to eliminate my federal tax obligations and redirect that money to more sustainable causes that support my values. Yet these same strategies are available to anyone who wishes to act with the same level of conviction. I find a growing number of people asking for help and advice on reducing their federal taxes so that they can redirect money to causes they support. Let’s hope the trend continues.

2. Invest in a healthy environment – Changing our carbon-producing habits will cost a lot of money. In fact, it will be the largest investment pool that we have We must look at this expenditure as an investment in our future. My own investment activity focuses on developing a sustainable seafood industry in New Jersey where my primary role is to match investors with fishermen and aquaculturists who plan to expand in the conditions of a clanging climate. Some clients are expanding their investment in renewable energy. I caution clients to be careful when making these investments because there are plenty of scammers trying to take advantage of those who support clean energy investment.

3. Join an environmental organization – Gain strength in numbers by acting through an organization. Every community has environmental organizations packed with knowledgeable and effective members. My involvement as treasurer for the Delaware river Greenway Partnership has led to deeper personal relationships with leaders of The Nature Conservancy, Partnership for the Delaware Estuary, the NJDEP, Rutgers University and many others. Those relationships help me to learn better ways to be effective in supporting an environment-friendly agenda. I discussed resistance strategies planned by nonprofit organizations in this blog post last December. We will likely see and expansion of these activist tactics among nonprofit board leadership, especially in response to the president’s executive order last month that allows religious nonprofit organizations to participate in political protest activities with non-tax dollars. Environmentally focused nonprofit organizations now enjoy additional financial leverage in opposing the president’s actions without risk of losing their IRS sanctioned nonprofit status.

4. Support community fundraisers – I’m hosting two marina barbecue/lecture fundraising events this summer to raise awareness of environmentally sustainable aquaculture here on the Delaware Bay in the middle of the global sea level rise hotspot. My goal is to spread the word that a growing number of shoreline communities are already flooded and what we are doing to respond to the threats. I see many more events with a climate change focus scheduled this summer in the middle Atlantic region. It is clear that our communities are determined to get the word out on the importance of continuing our climate change. All we need to do is get out and show our support.

5. Learn more about climate science – It was clear this past week that those with the loudest opinions on climate change know the least about the physical sciences. Ignorance is bliss; at least until they eventually begin to really notice that the planet is dying! There are many great books on the topic; “Eaarth”, “Storms of my Grandchildren”, “Bottomfeeder” and “The World is Flat” are a few of the early classics that still serve as a great introduction to the issues. I’ve also found a handful of online courses through Coursra.org and directly through universities to be extremely valuable. The ability to access top universities and professors studying climate change issues around the world make this an especially attractive option. My total investment in five online college courses amounts to less than $1,000 and less than 10 hours per week so this approach is both an affordable and practical.

Through direct personal action individuals can overcome the error of the president of the United States and a small group of his followers. We can reduce the effect of carbon emissions and make planet a safer place for our grandchildren.