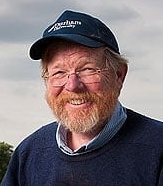 Today I finished reading “The Road to Little Dribbling: More Notes from a Small Island” by Bill Bryson. This is still one of the first 10 books I’ve read in electronic format that I’ve come to enjoy while on the treadmill.

I’ve read most of Bryson’s work and regard him as one of the brightest authors alive today. He makes me laugh aloud every few pages.

Until now, we’ve called Bryson an American author but in the epilogue of the book he announces that he became a citizen of the U.K. in August 2016. This was after Brexit but before the Trump election. He mentions both events in his discussion. He feared that the U.S. was suffering from spreading stupidity and a recurring theme of the Dunning-Kruger effect appears in the book. (Wikipedia defines Dunning–Kruger effect as a cognitive bias in which low-ability individuals suffer from illusory superiority, mistakenly assessing their ability as much higher than it really is). That part seemed eerily predictive to me.

On gun control: “The government of the United States refuses to let academics use federal money to study gun violence if there is a chance that they might find a way of reducing the violence”.

Perhaps the reason I like Bryson so much is that he acts just like me but is more witty in expressing it. He gets grumpy dealing with life’s drudgeries, his own aging body, and dealing with the way new technology is changing the world. If I ever feel burdened by any such labeling as ‘intellectual elite’, then I am sure that Bryson gets it ten times worse. I feel insecure making a comparison of life views with the guy who wrote “A Short History of Nearly Everything”.

Yet Bryson occasionally admits that there things he doesn’t understand. On infrastructure: “Now I am no expert on the matter, but I am pretty sure that we are a lot richer today than we were back in the eleventh century, and yet back then they could find the resources to build something as splendid and eternal as Durham Cathedral and today we can’t afford to keep six shrubs in a planter”.

Little Dribbling doesn’t exist, by the way. Nether does the Great Britain of Bryson’s mind. Yet if this is as close to touring the British islands, I’ll be happy.