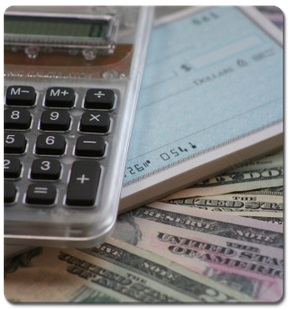 Is it worthwhile for a taxpayer to dispute a demand from the IRS or state tax authority for additional tax payment?  Does the expected savings resulting from a tax case justify the cost of the dispute process? The answer, we might suspect, it that “it  depends”. It depends on the type of demand, the amount and the dispute process that is required. This blog topic is revisited from a 2006 post and considers what has changed over the past decade.

IRS takes the position, based on historical evidence from past audits, that most of their assessments for additional taxes are valid. The starting position is that the IRS is right and the taxpayer is wrong. Yet many taxpayers have a reasonable basis for the positions they take on their tax return, so there some justified basis for dispute.

At the same time, IRS admits that the government makes concessions and settled tax cases at less than the full demand in a large portion of cases. State tax authorities would likely admit a similar result but I have no citation. A 2006 Wall Street Journal article quoted the IRS in stating that this reduction of demand apples in 41% of such cases. The article continued to say cited this statistic as evidence that taxpayers should not just “roll over” when the IRS makes a demand for additional payment. But this report focused on examples of tax disputes that involve tax shelters and high income taxpayers. Those are typically tax court cases that may be settled on a legal theory known as “hazards of litigation”. This reasoning may not directly apply to the types of disputes and obstacles that most individuals face when they face a demand from the IRS or a state.

So what about ordinary middle-income taxpayers facing a tax demand? When is it worthwhile to fight? My experience indicates that the portion of middle income taxpayers successful in challenging an IRS demand is far more than the 41% figure indicated in the Wall Street Journal. But the cost of challenge is high and, in my observation, sometimes greater than the savings achieved.

Success of a demand depends partly on the type of case. There are different types of IRS demands. The most common type is “omitted income”. In this case a taxpayer forgets to include income from some source and the IRS adjusts income and tax accordingly.

Impact of automation: The impact of expanded use of automated audit techniques is beyond the scope of this article. The results cut both ways for taxpayers.

A side note about tax evasion: This discussion omits situations where a taxpayer knowingly makes a false statement to the IRS. These cases are different because additional penalties and the risk of criminal prosecutions may be involved. My comments here ignore these types of cases.

When is it better to pay? I am aware of only handful of cases in my career where clients recognized from the start that is was cheaper to pay the additional assessment than to fight. In those cases the taxpayers saved themselves time and money be simply paying the disputed amount and moving forward. In other cases,  have had to advise clients that the cost of the fight was less than the estimate of savings. Those conclusions come regardless of whether they were right or wrong on the underlying tax item.

When is it better to fight? Taxpayers were able to successfully negate the IRS assessment in every case I have handled. In all those cases the fee for professional representation was less than the amount of the assessment, so the taxpayer came our ahead. So based on this limited experience, I would say that the most useful predictor of when it is worthwhile to fight the IRS is where a tax professional is willing to accept the representation.

What does it cost a typical taxpayer to defend a typical tax demand? The minimum cost of having an adviser review the case in detail is probably $150 to $200. Representation (contacting the IRS on your behalf) adds at least $500. An average small tax representation case is probably at least $1,000 in total fees. An estimate of $2,000 to $4,000 total cost is probably more realistic for a typical matter.

My first conclusion is that it is worthwhile for the average person facing an additional tax demand to hire professional help to assess the claim and discuss a response. From there the value of continuing the fight depends on the specific details of each situation. My conclusion is based on entirely different economic logic than is used by the Wall Street Journal in the article mentioned above.

My second conclusion – actually more of an observation – is that the gap between the cost of fighting and the eventual savings realized is growing more narrow over time. This means that it is more important than ever to “choose our battles” and minimize the cost of tax dispute representation.