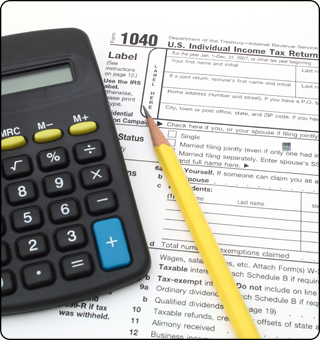 Federal income tax changes are likely in early 2017 under a new Republican-led government. While we do not know all the details yet, it seems that we can formulate a few basic trends common to the Trump and Ryan tax reform plans. There is a strong reason to believe that the following tax reform proposals are likely to become law. Other proposals less certain to be passed are omitted from this discussion.

The top 1% of households—those earning more than about $700,000 – will receive nearly half the benefits from the Trump tax reform plan. Analysts are reporting that someone in this group will save at least $200,000 per year through the tax cuts. This would be the most dramatic effect of the current proposals.

Those paying the Alternate Minimum Tax instead of regular income tax. This will be eliminated. These are mostly those in the top 2% of all income earners.

Business owners – the proposed ability to avoid the higher income tax rates now applies to pass-through entities like S corporations is unprecedented. Business income taxes would be capped at 15%.

Singles with taxable income between $113,000 and $190,000 would face a higher marginal tax rate and their overall taxes would likely increase.

Single parents and two-parent families with more than two children. The Tax Policy Center reports that the Trump tax reform plan would raise their taxes, although the Trump campaign denies this.

This post is just a summary with dollar estimates omitted. More detail is included in NPR’s coverage of the topic.

What to do next

As we get into the middle of 2017 and the impact of tax reform becomes more clear, I will contact clients to adjust federal withholding amounts. High income taxpayers can withhold less and some working class taxpayers will likely need to have more tax deducted from their paychecks.

In the meanwhile, it makes sense for all taxpayers to continue to utilize basic tax planning tools to ensure that they are paying the lowest possible tax for their situation. I strongly recommend doing this as far in advance as possible to maximize the tax savings.