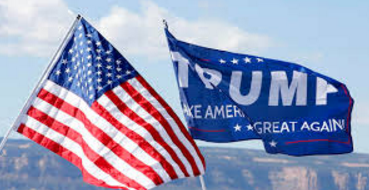 There is a concept in the law known as “last clear chance”. This means that even if you didn’t create a problem, you are still liable if you had the last clear chance to avoid a catastrophe but chose to not do so. For example, if you are driving down the highway and see a child walk onto the roadway. You had plenty of time to brake but you chose not to because the child should not have been on the highway and you are late for work. Obviously, you are liable for the child’s death even though you are not responsible for the child being on the road.

We see another example in the news today. If the majority of the world’s scientists are right, then the Paris Accord was our last clear chance  to avoid catastrophic loss to humanity. We won’t have proof for another decade or so. If events unwind anything like most scientists predict, then I would like to see Trump convicted for this crime against humanity. Clearly he had plenty of reasonable information and chose to ignore all of it in favor of appeasing his minority low-information political base. There’s no other way to look at it; that’s a crime against humanity.

I don’t claim to be an expert on climate science but I’ve taken five college level online courses in the past few years by a range of top universities around the world. I do know that the public – especially the low-information Trump voters – doesn’t have any real base to even form a useful opinion. That, of course, is why governments rely on experts. The overwhelming majority of experts in this field share the same opinion on the necessity of the Paris Accord. Trump ignored the experts for purely political and economic reasons. If mass suffering follows then it is directly a result of Trump’s crime against humanity.