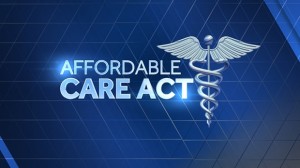 In 2015 Tom has the same compensation arrangement with his employer but after talking with their accountant about tax law changes, ABC adjusts Tom’s salary to $55,000 on the W2  at year-end an explained to Tom that health insurance reimbursements after June 30, 2015 are taxable income. The employer is trying to avoid liability for excise taxes imposed by the Affordable Care Act and is not aware that this change is both insufficient for avoiding the excise tax and that it now created additional tax liability for improper reporting of wages. Tom only notices that his take-home pay has decreased due to the additional wage taxes imposed.

Tom’s astute accountant recognizes the error during tax season in the spring of 2016 but Tom is unable to persuade his employer’s accountant that he is being improperly charged with wage taxes on the health insurance. Eventually things deteriorate, Tom quits his job and hires a lawyer. The lawyer successfully claims that ABC has improperly classified the health insurance as taxable income and recovers Tom’s lost compensation as well as legal fees. The IRS is alerted at some point during the threatened litigation and asserts penalty against ABC for filing inaccurate wage tax report and assesses excise taxes against the employer for the insurance payment that violates the Affordable Care Act market reform provisions.

When the dust settles, ABC has lost a good employee and owes more than $25,000 in total payments for the error. ABC’s accountant is still worried about the possibility of being assessed a preparer penalty for the substantial underpayment of ABC’s taxes in 2015.

Same facts as above but  ABC informs Tom that as of July 1, 2015 the company will no longer provide health insurance reimbursement but will raise his salary from $50,000 to $62,000. It also adopts a salary deducted payment plan to allow its payroll processor to send Tom’s insurance premium payment directly to the insurance company. ABC’s accountant accepts an engagement to make the transition. The accountant document the termination of the health reimbursement arrangement, provides documentation of the new arrangement and enrolls Tom in the new after-tax salary deduction plan.

Tom’s W2 shows a taxable salary of $56,000 for 2015 and his take-home pay remains almost the same so he is happy. The change costs the company a net of $3,000 (annualized) plus the accountant’s fee for making the smooth transition.