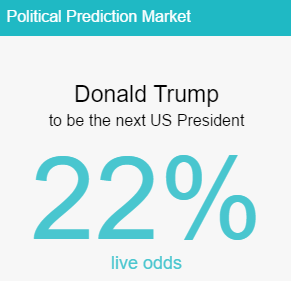 I’m still astounded by Trump’s accusations over the weekend about voter fraud in the banana republic of Pennsylvania. Even if he is completely ignorant on the topic, his advisors must be aware that there isn’t a single case of documented voter fraud in recent PA history even after substantial (and expensive) investigation and litigation in 2012. One poll worker was arrested here in 2014 for tampering, but that’s not voter fraud.

A comedy writer couldn’t make up crazier stuff than what Trump spews out lately. Republicans should be easily winning this election but this buffoon has really screwed things up.

While he’s in the swing of insulting Pennsylvanians, why not launch a rumor that the liberty bell is a fake and hurl an insult at our Eagles and Steelers fans? Or, as he says, could he shoot somebody right here on south Broad Street of Philly and his supporters won’t care?

I’m glad to see so many local Pennsylvania politicians and community leaders, both Democrat and Republican, finally standing up to say enough is enough.