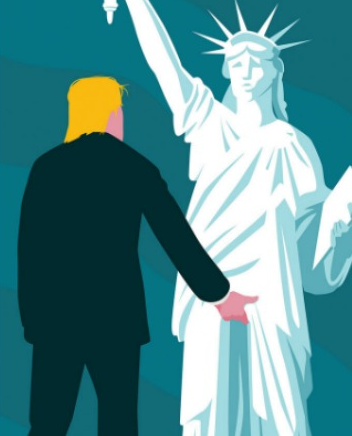 In 2008 the United States suffered a previously unimaginable financial blow stemming from negligence, scandal and fraud at multiple levels of banking, Wall Street investment firms and government. We suffered but survived it by coming together, accepting the major financial setback to our lives, and taking steps to ensure that it did not happen again.

One of those recovery steps was the establishment of the Consumer Financial Protection Bureau as an independent regulator free of political interference of Congress and the Executive Branch. Consumers need a source of financial information whose voice and publication and web site is not edited and controlled directly by the President.  The agency’s director can only be removed by the president for cause, such as negligence, but not for political reasons. The Consumer Financial Protection Bureau is empowered to conduct its own investigations on behalf of the American people, without the need to rely on the President’s Justice Department.

Over the years I have often cited the findings of the Consumer Financial Protection Bureau in my blog posts. The agency’s data and research reports are invaluable and not available from other sources. I applauded the agency’s legal actions like the prosecution of  PHH Corp., a New Jersey mortgage lender that accepted illegal kickbacks from mortgage insurers.

Now the Trump administration wants to change that. Yesterday the President filed a legal complaint in federal court asking to declare the agency’s independent status unconstitutional. We have already seen how the President’s administration has removed data and research reports that do not align with his unfounded political beliefs.