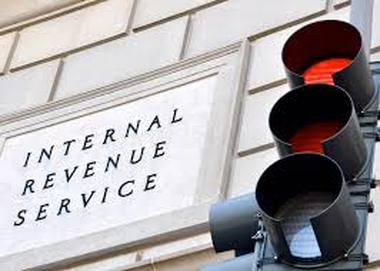 Will the ‘tone at the top’ trigger an increase in tax fraud?

There are a few topics that I don’t talk about or write about in this blog. It’s usually because they are some combination of distasteful, unethical. illegal, immoral, controversial and a ‘no-win’ situation. One of those topics is accounting fraud. I covered the terminology of tax fraud in a blog post last year and three years ago I covered lessons learned in a local high profile tax fraud case. Other than this, I haven’t mentioned the topic of accounting fraud in 31 years of writing about tax topics and 3,000+ blog posts. Yet today I’m still reeling from the statement of Trump’s budget director this past week that he could have balanced the budget using ‘funny numbers’. The statement by Budget Director Mick Mulvaney is nothing short of a casual public admission of the willingness to consider committing accounting fraud to alter White House financial reports. The event caused me to reconsider and assemble these thoughts on the topic of fraud.

We are well aware that government and private businesses sometime use ‘funny numbers’ to produce false financial statements. Let’s not be delicate in the use of the term “funny numbers”. This use of ‘funny numbers’ is fraud, often a crime, a violation of trust, and ruinous of integrity. It happens. It hurts. This fraud amounts to almost 5% of our entire economy. But the part of the story that grips me most strongly is called “tone at the top”. In practical application, this tone at the top concept says that if the White House casually says that it is willing to consider fraudulent reporting then this becomes a psychological signal to others that such approach is OK and will be tolerated. The president has made many statements of his intent to avoid paying income taxes and can infer that he is currently in some dispute with IRS over his income taxes. I presume1 but do not know for sure that the president has committed tax fraud.

In my world of small business and individual accounting, this fraudulent tactic is usually adopted to avoid paying income taxes. One example now ‘out of the bag’ is cyber currency transactions. In 2017 the IRS began focusing on Bitcoin owners, citing statistics that showed the likelihood of widespread tax evasion. Last month a survey by Credit Karma Tax confirmed those suspicions. Less than 1 in 2,500 tax returns (0.04%) of tax returns filed this year report cryptocurrency gains.  Since the government already knows about this massive tax fraud and is already taking action to address it, there is no reason for me to avoid writing about it. Ye this is an exception, not the rule.

I’m well aware that other industries routinely rely on fraudulent accounting tactics in their operations. This puts us back at the topics I don’t talk about or write about. Yet I do represent these people when they get into tax trouble and I’m pretty good at resolving these potentially life-altering financial problems and getting them back on track. Considering the tone at the top right now, I won’t be surprised if this continues to be the fastest growing part of my professional practice.

1 Much has been written on the topic but none of it is conclusive. My own conclusion is based primarily on the statements of New York’s Attorney General related to the Trump Foundation.