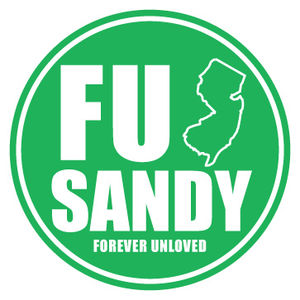 Superstorm Sandy hit us in October 2012 – almost 4 1/2 years ago. My world has never been the same. On the day before the storm I was a ‘normal’ small business person with decent cash flow, bills paid, a little money in the bank, adequate business capital, and good credit. All of that changed for the worse. Little else has changed over these past years. We all recognize now that it was not the storm itself that had lasting impact but the man-made “disaster after the disaster” that caused the most damage. I am still fighting every day to recover. Here is where we are now:

Sandy had a previously unimaginable long-term impact on my health, business and personal relationships. I regret that I am more cynical and less trusting of individuals who say “I’m from the government. I’m here to help”.  Since Sandy I’ve lived almost 60 miles away in a family home in Pennsylvania. I hope to return someday. I will keep working, trying to resolve these obstacles and rebuild a decent place to live. I think that we will be successful if I simply do not give up. Yet the cost and financial consequences of Sandy will likely have multi-generational impact. Not only on my own financial security in retirement bit also the standards and expectations of our children.