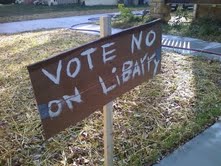 “The more I learn, the more I realize how much I don’t know.” – Albert Einstein

One in three Americans admits that they did not read a book in the last year. Donald Trump is among them. He reportedly admits that he hasn’t read a book in 50 years. I suspect that his supporter base also tends to be more heavily represented by non-readers. This suspicion is based purely on the education divide, where we do have pretty strong evidence that lower levels of formal academic education are correlated with support for Trump. I wrote about the education divide in political leadership in a blog post last month. It is arrogant and ridiculous for any person to assume that their education in the world of hard knocks qualifies them to make important decisions that affect the rest of us.

Trump admits, just like some of his supporters that I know in person, that one of the reasons for not reading is that they believe that they already know enough to make common sense decisions. That scares me. Another reason is that they say they are too busy doing stuff to read. That scares me even more; leading to increased impact by these people based on less information.

In contrast, I read often. Reading consumes, on average, an hour or more each day. Part of that is book reading; anything from history to science, autobiographies or hobbies like gardening. Yet it hardly seems enough. There is so much that I don’t know and never enough time to learn all that I want to know. There is so much that I don’t understand but know is important for effective and knowledge-based decisions. That gap in knowledge bothers me often when I make important decisions. I notice that the busiest and most impressive leaders are the ones who somehow find time to read. So I continue to strive to learn more day by day to close that gap of ignorance. That’s the best I can hope for any leader.

The belief “ignorance is bliss” may be true but it has no place in public leadership.