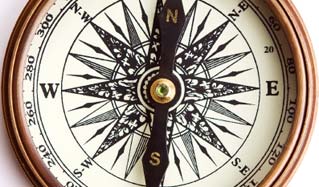 With electricity being such an important part of our daily lives, I am surprised how many people do not know where it comes from.

The #1 source of electricity in the U.S. is coal. Natural gas obtained through fracking is expected to be the #1 source within the next 25 years.

Here in Pennsylvania, the largest portion of our electricity comes from nuclear power. We get a higher portion of our electric power from nuclear than any other state. This is interesting because Pennsylvania is also a major exporter of the fossil fuels that other states rely on as their primary source of electricity. Pennsylvania is the nation’s #2 producer of natural gas and the nation’s and #4 source of coal.  Our coal mines and gas wells primarily provide power for other states and nations.

In New Jersey and Delaware the largest portion of our electric now comes from natural gas delivered by the endless trains of black cylindrical rail cars we fondly call the rolling pipeline. Natural gas replaced nuclear power as the leading source of electric here for the first time in 2015. New Jersey has the nation’s oldest nuclear power plant that will be retired soon, adding concerns about our already very high cost of electric power.

Collectively, nuclear, coal and natural gas make up about 4/5 of all of our household electric power in the mid-Atlantic region and slightly less than that much nationally.

Despite all the talk of solar power and what seems like thousands of acres of farmland and rooftops being converted to solar generation, this barely makes up one percent of our electric power.

The U.S. Energy Information Administration is considered to be the premier source of data on this topic.